As a fisherman you probably know how a single moment can turn any average day on the water into one to remember for a lifetime. I fish for moments like this. Usually they don't happen, despite all the reasons I figure out why I deserve such a moment right now, but that's what makes them so special when they finally happen, I guess. As fall is approaching here with big steps, our local predators are said to be feeding to prepare for the cold, dark months that will come soon. More than happy I accepted the latest invitation of Sam to join him for a day on his boat. Early in the morning we headed to the lake nearby, I really missed such moments since our perch hunts earlier this year. So we were fishing all day long, mainly looking for bit pikes. Now and then we landed a smaller one but the fish didn't seem all too motivated. At least the weather was warmer as expected and mostly sunny. so we got that going for us. Unfortunately, comfortable conditions for us don't always mean satisfying catching rates too. Anyway, we were far away from giving up throwing around our swimbaits over and over again! When inviting me, Sam sounded all promising since he caught several well-sized fish a few days prior this trip. This made me hope for my first +1-meter pike ever. Which is probably comparable to catching a 10pound Largemouth or 20pound Peacock Bass. My current pike-PB was at around 70cm, not much to brag about but lots of potential for improvement. The sun was already on its way behind the mountains so we decided to fish for another 15 minutes before heading back. As I was watching my swimbait coming up from the depths out of a sudden something shot out of the dark and inhaled my lure! It looked way bigger than the fish we caught before, I set the hook like a madman but the first impression disappointed me a bit when I could reel in the first meters of line quite effortlessly. Disappointment quickly turned into excitement when the fish on the other end realised what happened and started ripping line from the almost completely closed break. "Big Fish!"I started to realize while my possible new PB started another run into the depths. Sam was ready with the net and when I got a first glance at the massive fish under the surface my knees became weak. "That is THE pike!", never had I seen a bigger on before in real life! Sam, having already caught many such calibers himself, did an excellent net job. What a relief to see his fish secured in the net! I was and still am deeply impressed by the size and power of that fish, with its massive head, the sharp teeth and muscular body. Sam questioned the size of the fish while I was pretty sure that monster lengths a meter. 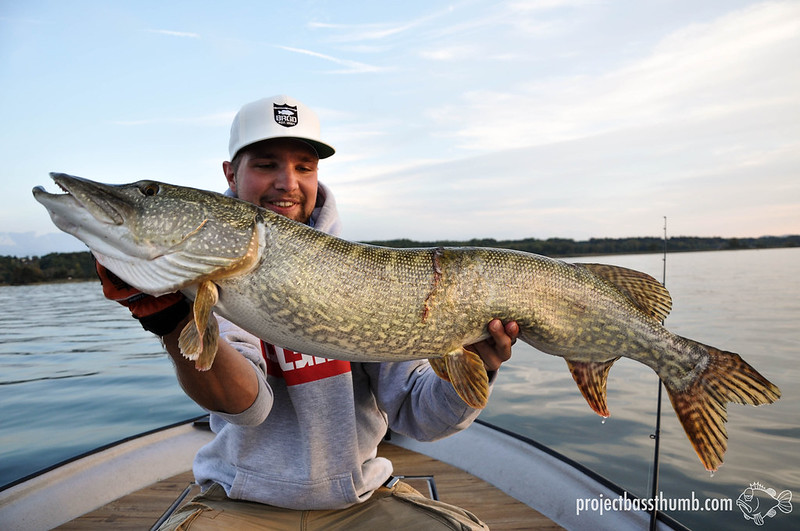 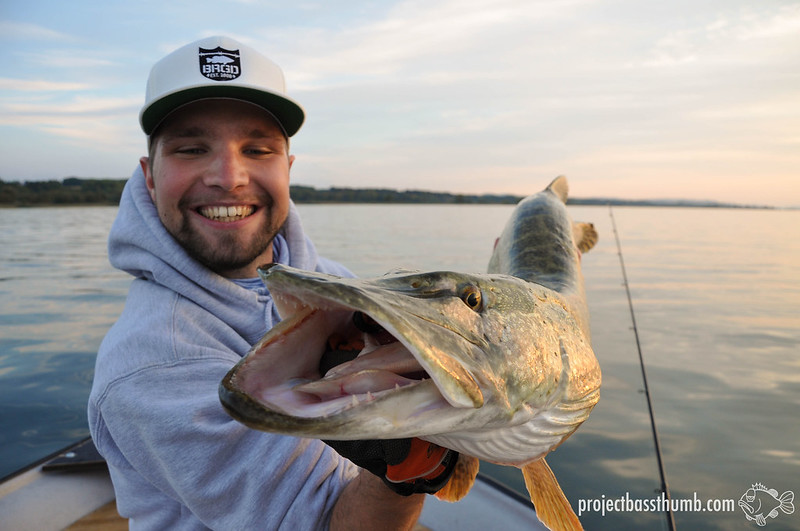 What a motivation boost, I want more of that stuff! Big thanks once again to Sam for another unforgettable day on the water, the netjob and the awesome pictures! Like Ice Cube said: Today was a good day! 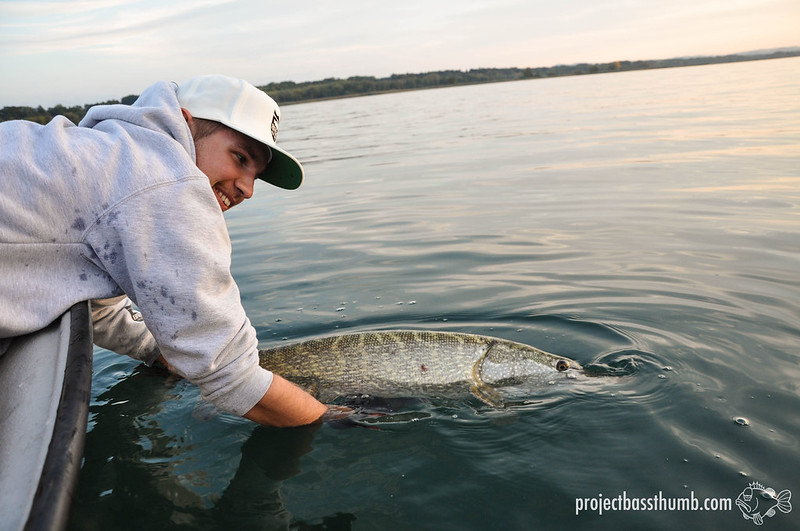