Since my latest Peacock-trip back in February, I haven't been fishing much. Not being a fan of the cold swiss weather I had to motivate myself to each attempt again and again. When I got a little less cold, I don't see 15 Celsius as really warm, I tried to fish whenever I had some extra time. Usually I ended with those fishless sessions with even less motivation. Recently a few guys from tackle-junkies.ch, a fishing forum in involved in, organized a meeting at their local lake. Interested in trying something new, exchanging the latest tackle talk and discovering a, to me practically unknown, part of Switzerland I decided to join them. So in order to be on the water early, the journey started at around 3.30am in the morning, way too early for a Saturday wasn't it for the sake of catching some fish. This hope kept me awake during the two hour drive to new water. At the lake I met up with a local, Steven, who was so nice to show me around on the lake. We set up our belly boats and started paddling along the shoreline. First I tried to catch a big perch in the depth but as this didn't seem to work, at least for me, I changed my strategy and threw a small Topwater against the reeds hoping to catch a nice chub. Surprisingly the first bite came within minutes, the second followed quickly and brought me a challenging fight with this pretty pike. Not really what I was fishing for but after the last months this catch made my morning. 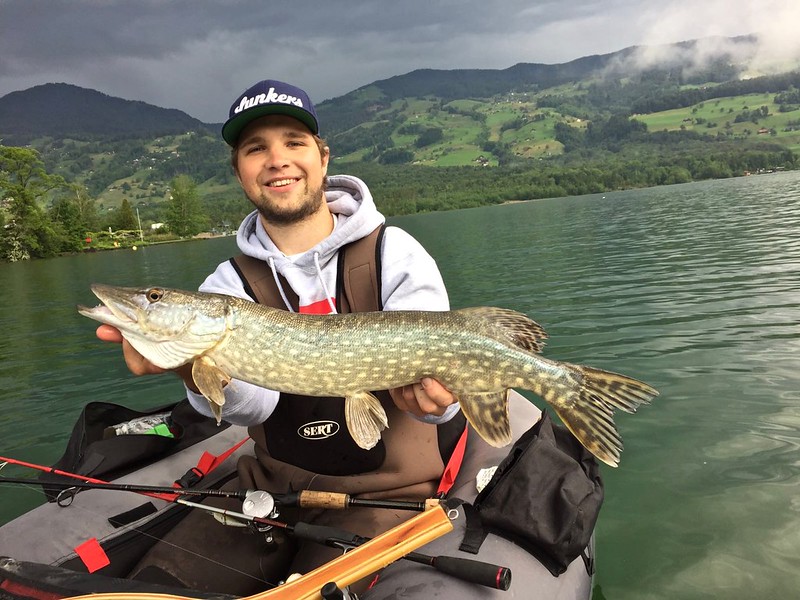 Shortly afterwards a rainstorm came upon us and of course, prepared as I am, I left my rainjacket in the car. So I ended up taking an unplaned shower early in the morning. Nonetheless, the bite held on and I caught five more, smaller pikes and then finally the targeted fish, a chub! 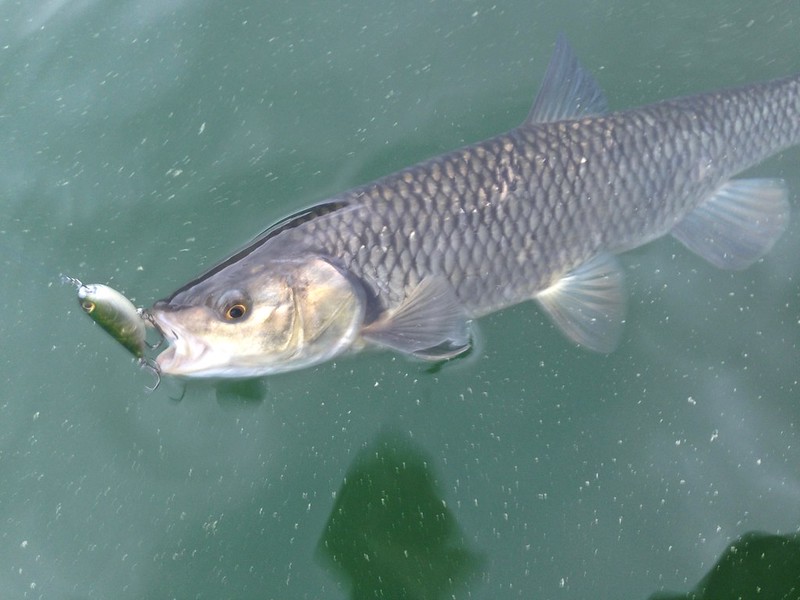 After meeting up with the other anglers for lunch, the clouds disappeared and finally I saw the sun again after way too many rainy days. The nice weather seemed to to slow down the afternoon bite and I couldn't catch any more fish. 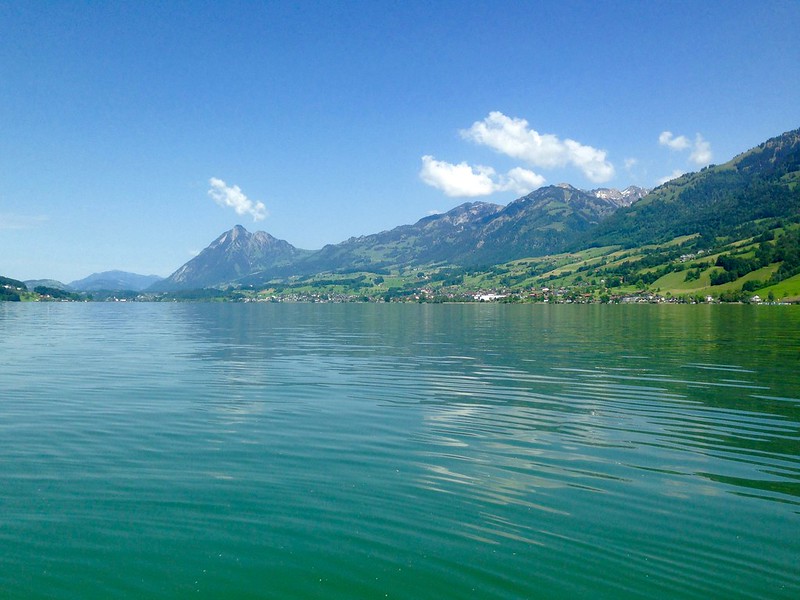 Anyway, it felt felt really good to be back on the water and do some serious fishing rather than standing unmotivated at the shore and throw some lures around just that I could say I tried. this day definitely gave me back motivation to go fishing more often instead of just hoping/waiting for the next big trip to the tropics. The last weeks it rained almost constantly and I was busy preparing myself for the upcoming exams but in about a these will be over and I will be back on the water, making the best of the options we have around here. In this sense, thanks for reading and I hope I will soon be able to present some more local fish stories and pictures on here soon!