Since this is my second last week before my flight back to switzerland I'm still trying to catch some good fish.

Yesterday, Thursday, I drove up to Lake Morena, the lake where I caught my biggest bass so far. After arriving early in the morning I started fishing my favorite spot which have brought me some good fish in the past. This time it looked like empty so I moved on along the shore. After a few hours without any contact on several lures as Spinnerbaits, Cranks, T-rigs and others I returned to my car, changed poles and continued fishing.

I have to add that Morena's actual water level is much lower than during my last trips there, a lot of cover is outside the water which doesn't make fishing easier. Also the rangers told me several times that bass fishing is low actually.

I started throwing a Jig in the hope find a fish somewhere deep in the cover. As i already thought about changing my lure I felt something a really fine hit. I didn't really except a bite but I did a hookset as usual. Immediately I felt resistance and took up pulling line, a moment later a huge basshead broke the surface, just to disappear again in the shallow water. My first and only thought was: "10 pounds!!!" The fish tried to hide in deeper water or some cover but I was able to hold it back and a few moments later I could grab this monster fish on its lip. "No fckin way, I must be dreaming" but I wasn't and so i found myself somewhere in the middle of nowhere with my biggest bass ever in the hand. 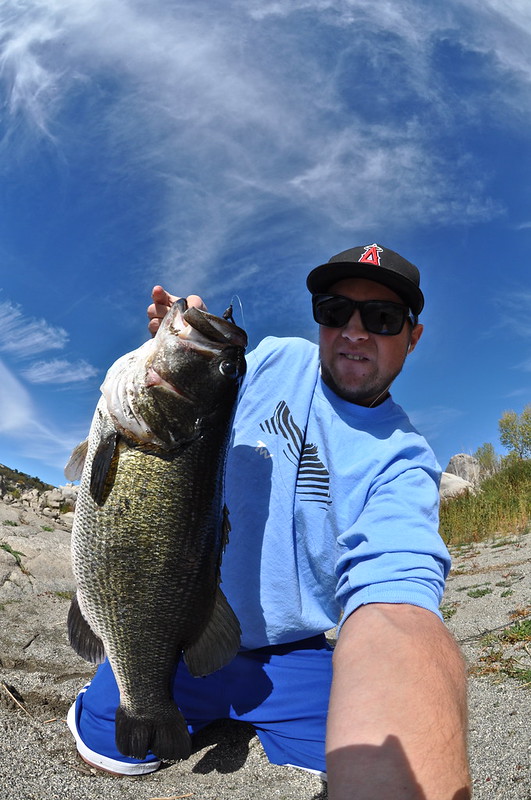 As you can see on my face this Mama was way heavier than any bass I've caught before. Unfortunately there was nobody around to take some pictures and I didn't want to stress the beauty too much so I took some pictures by myself and let her go after the quick shooting. Good thing was that I have a fisheye-lense on my camera which helped to bring the whole fish on picture. 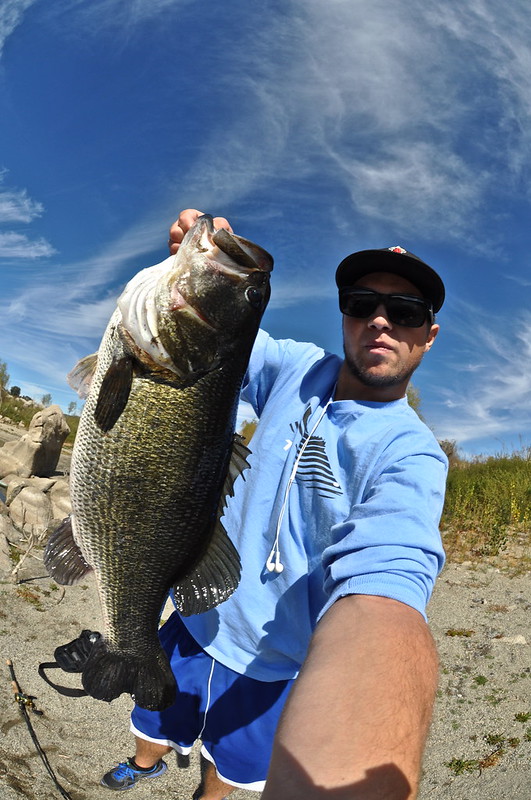 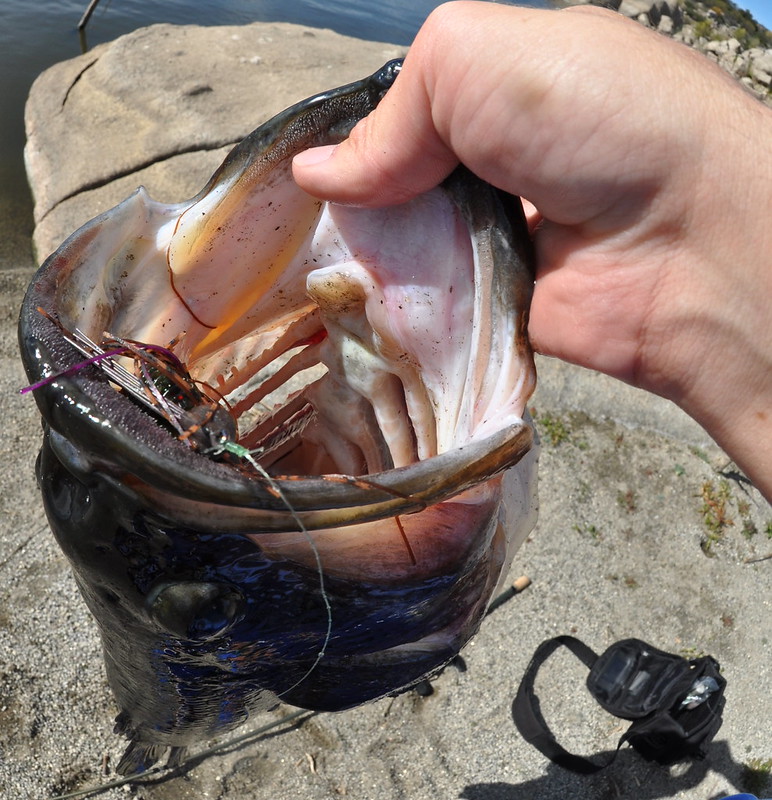 The moment she swam away from my hand, back into deeper water I felt honored to be able catching a fish like this. My hands were shaking for the next hour and my feelings were indescribable. Happiness all over! Thank you Bassgod, thank you Lake Morena, thank you California! 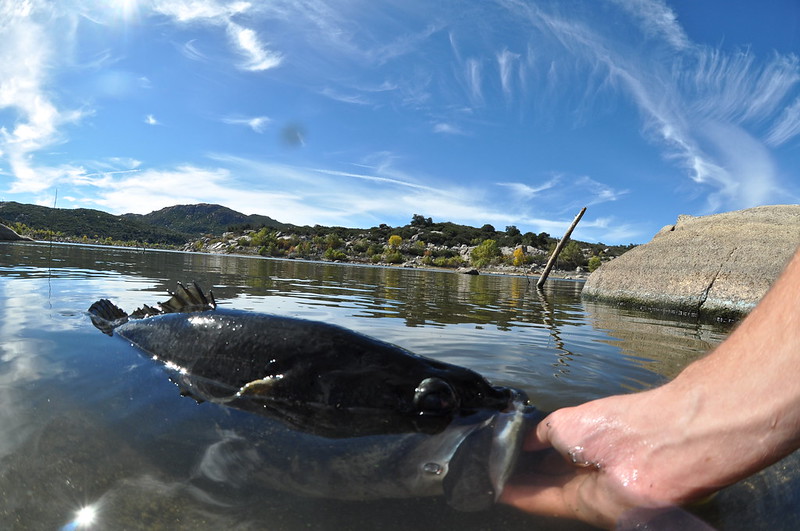 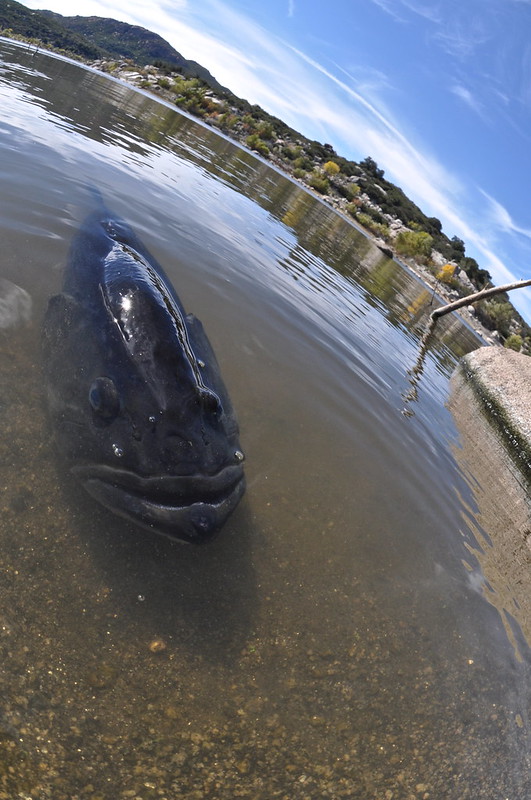 The rest of the day I didn't get anymore bites or other fish contacts but I didn't even care... 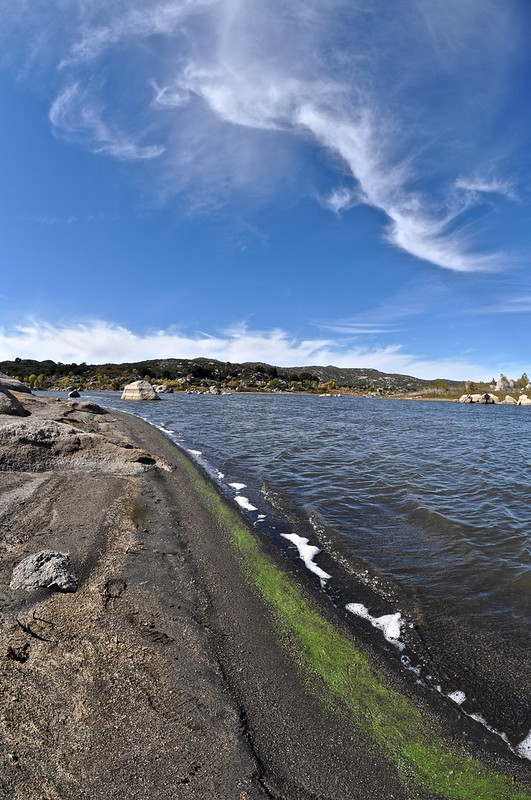 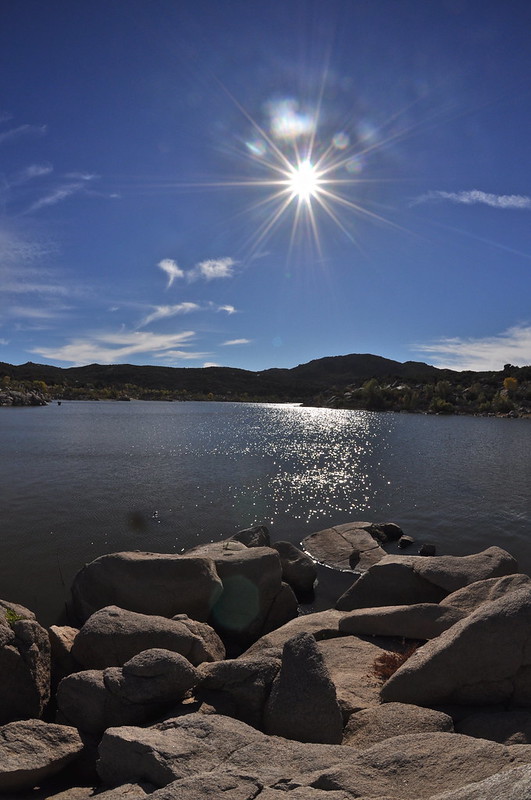 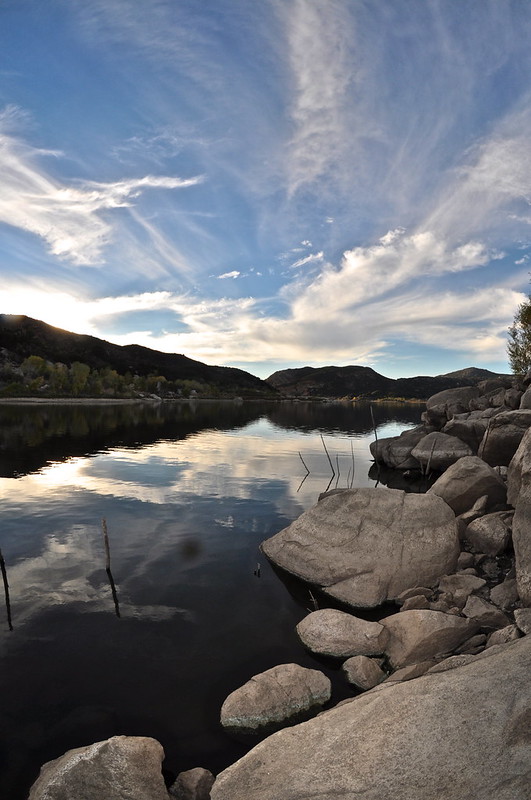 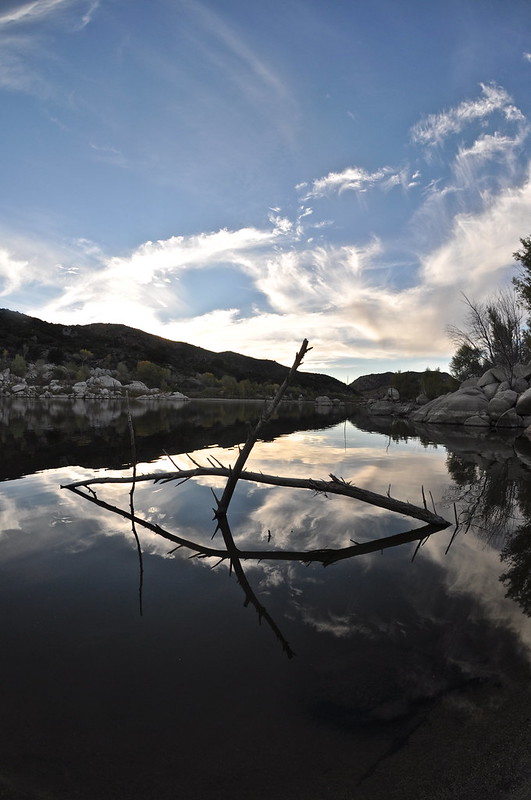 The night I spent in a cabine on the camping there so I could start today from the opening on. Around noon I had to go back to school without any fish contact again. But instead of worrying about this I was still smiling from last days catch.

Now I'm hoping even more to get some more time on/at the californian waters in the coming week!

thanks for reading&stay tuned for more!