Because of school vacation four friends and me decided to do a little roadtrip along the california coast.

We rent a Chrysler Van for this which has enough space for 5 guys and allt heir stuff needed.

We started last saturday early in the morning and drove directly to Santa Barbara. There we took a motel for one night and spent the rest of the day with visiting the city, cooking food and my friends tried to find a good nightclub. Unfortunately, my 19 years don't allow me to go into a pub or bar so I stayed in the room watching TV.

While my friends still were sleeping, my day started early in the morning at the harbor of Santa Barbara. I fished with dropshot and swimbaits the whole harbor. I didn't get any bite but saw at least some nice creatures from the sea like starfish, a baby ray and even some dolphins. 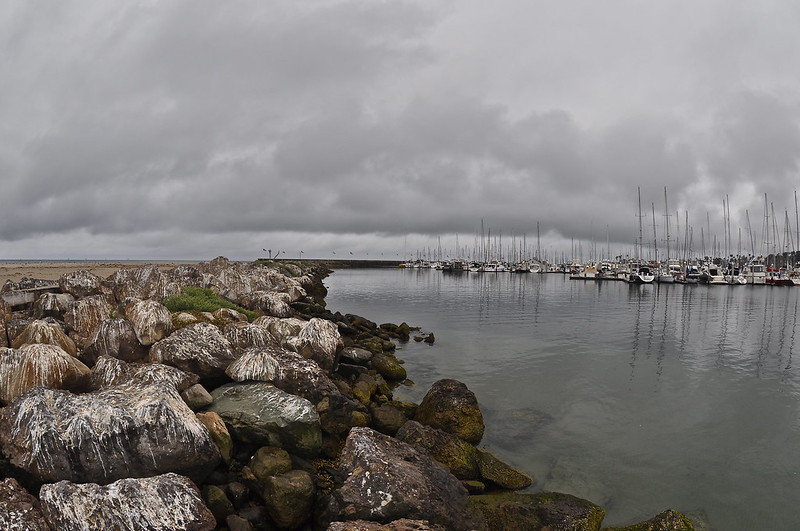 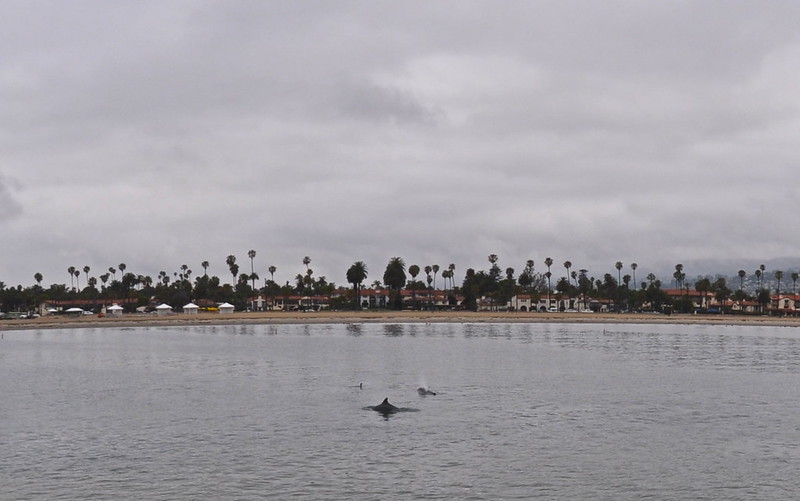 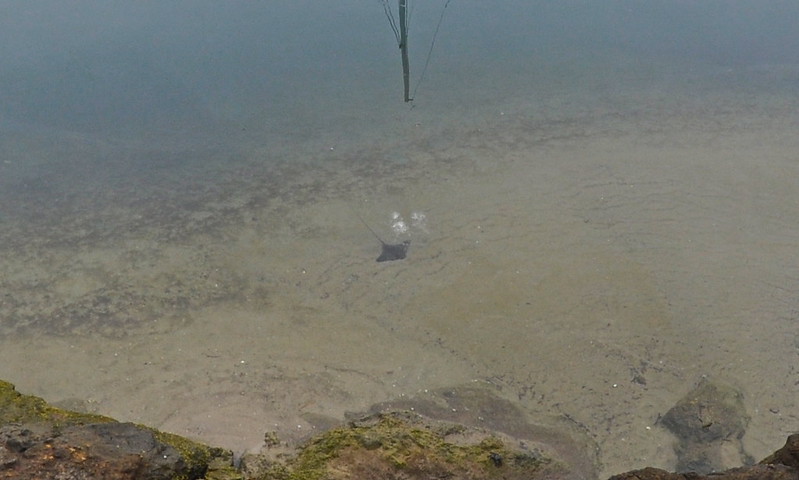 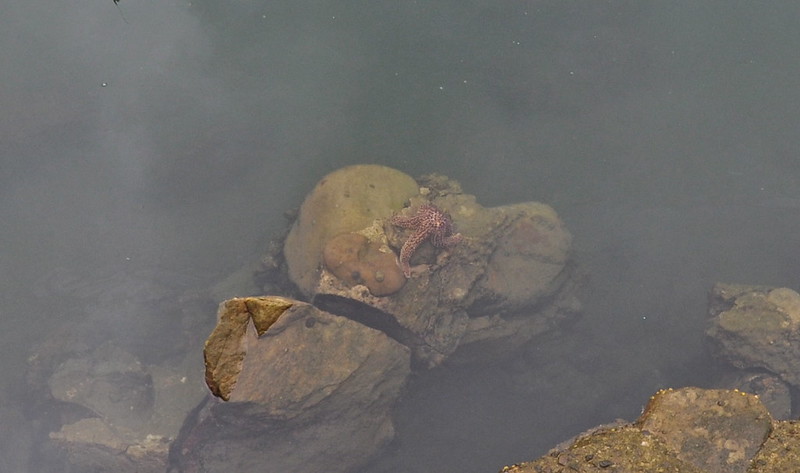 Later this day, when all were awake, we continued our trip and got as fast as possible on the beautiful highway nr. 1!  After some hours driving we stopped at a pier for a break and I tried again to catch some fish. After a few minutes fishing the others wanted to try too and so we spent the next hour looking for a shop to buy them some stuff and this just after a few casts each. That's called an addiction, I think! 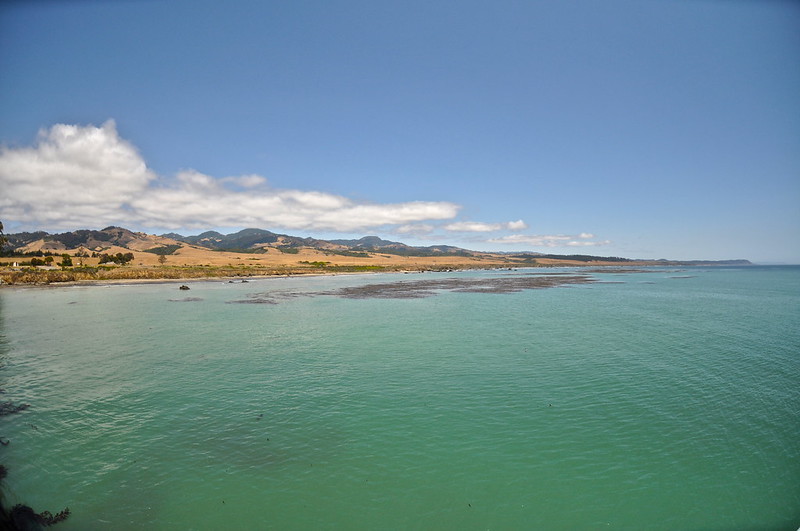 The only fishing shop around was already closed when we arrived there so we decided to spent the night in the next city/village which was Morro Bay. There we just found a camping to stay so after buying food and everything necessary we did barbecue till 1am (the grill didn't want to work first) and slept after in the car. Which was not so comfortable but in the end we survived it! 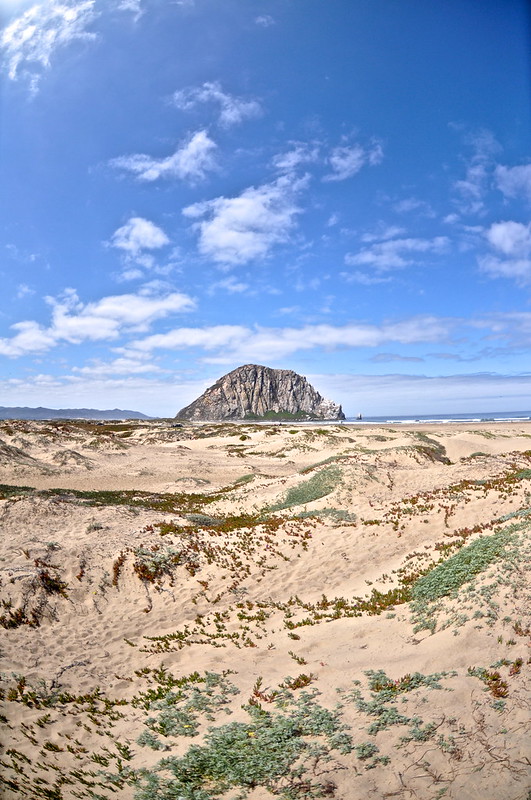 After grabbing some food we continued driving highway nr. 1 up to the north. We couldn't agree if we already want to drive directly to San Francisco or not so we landed finally in Carmel after driving north, south and back north. 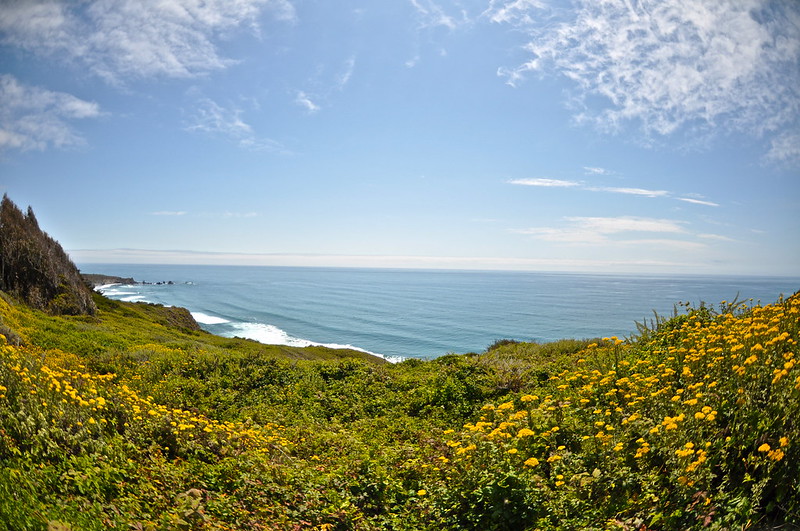 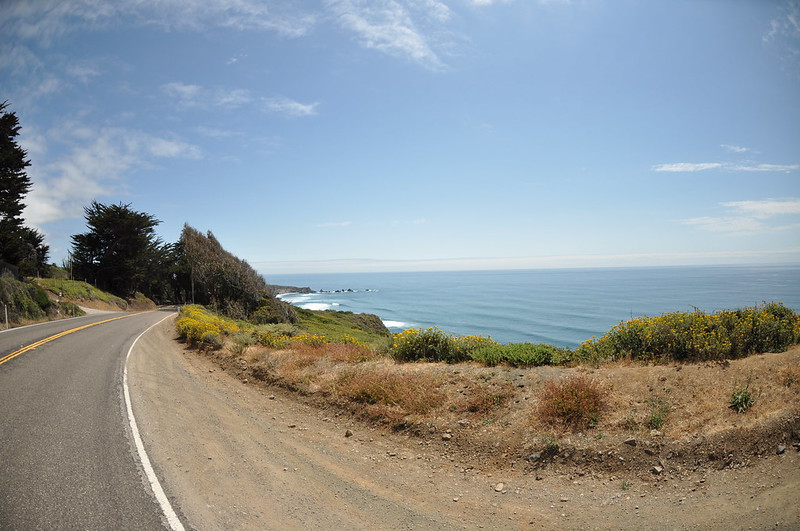 For dinner we went to a local italian restaurant where the staff was really unfriendly and treated us like we wouldn't pay. My friends tried after again to find something to party but returned to the motel early. In my opinion is Carmel more a city for older people with money that they want to show.

some impressions from highway nr. 1 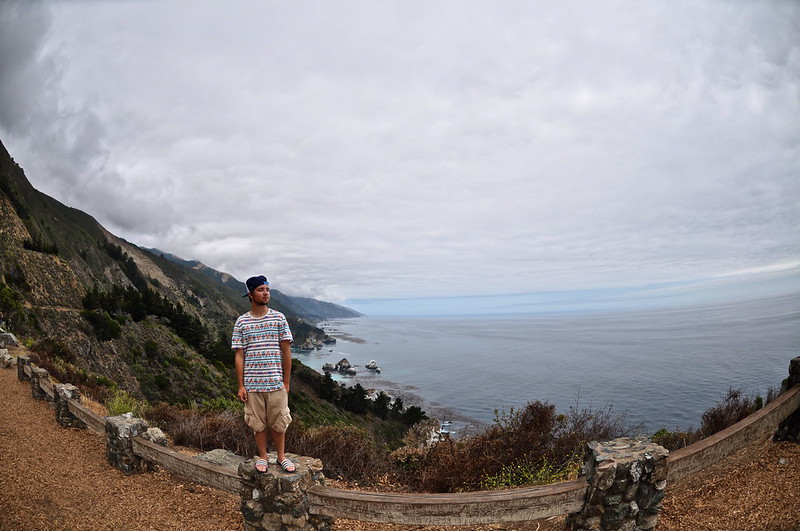 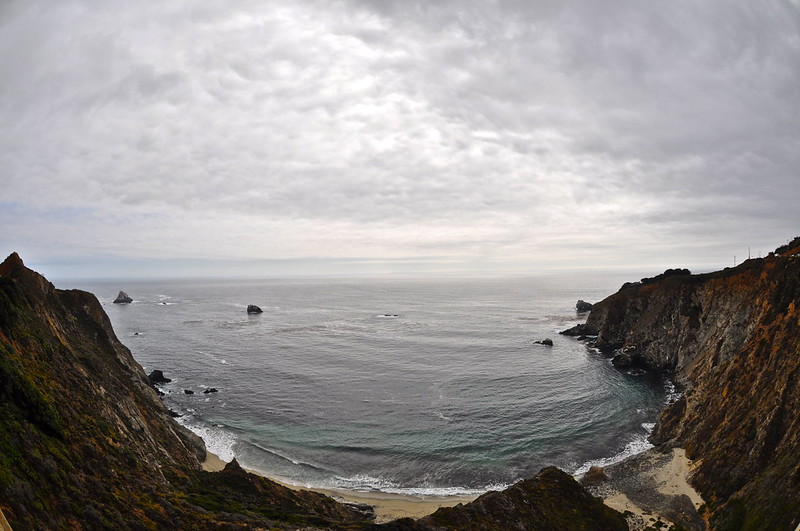 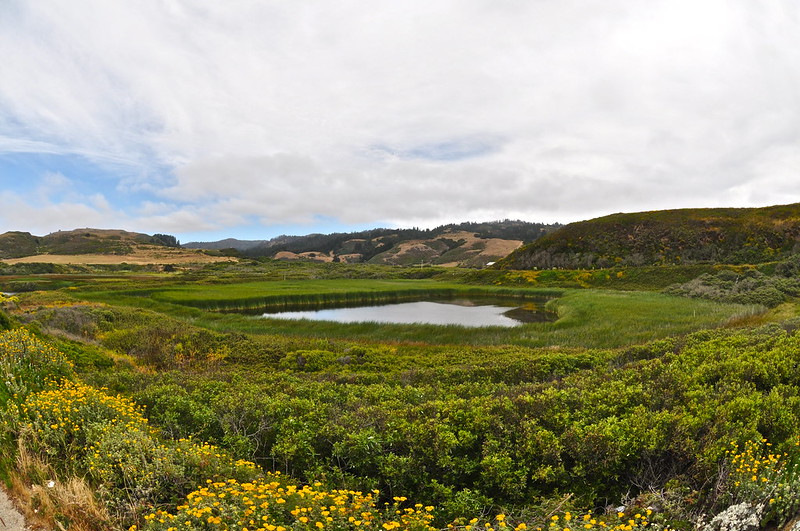 We arrived in the early afternoon in San Francisco and spent the next hour looking for a place to sleep this night. First we asked in the office of EF San Francisco where the friendly girl in the office sent us to a motel in which a lot of their students are lodged. In San Diego someone from EF told us that it's possible to sleep in other EF schools for free. In SF we should pay so we decided to find something else, what is not that easy in SF downtown for an affordable price. After a few researches we found a hostel maybe five minutes walking away from the center. From there we walked a bit through the city with a visit in China Town. My friends spent the night again looking for a party to go but returned early then even in SF a lot of clubs are closed during weekdays. 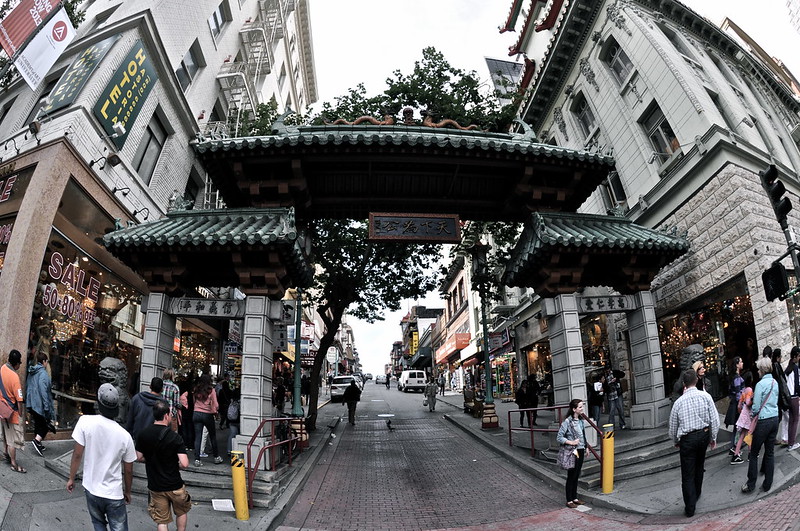 We started the day with a walk along Fisherman's Warft, the harbor where it's really expensive to park a car. By the way, driving through downtown is hard and needs a lot of concentration from the driver. I would say driving&parking in SF is, like most other cities here, not that easy and everything else than a pleasure. 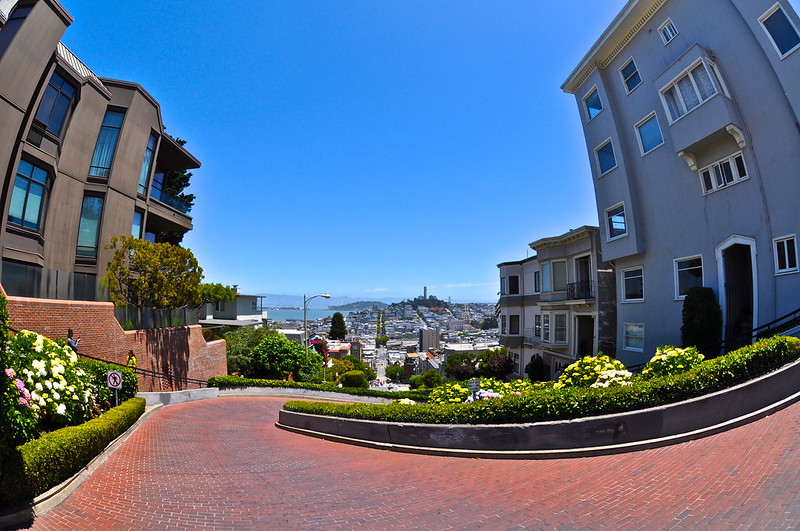 Two hours later our parking time was already over and after a quick stop at the Golden Gate Bridge we continued our roadtrip in the direction to Yosemite. 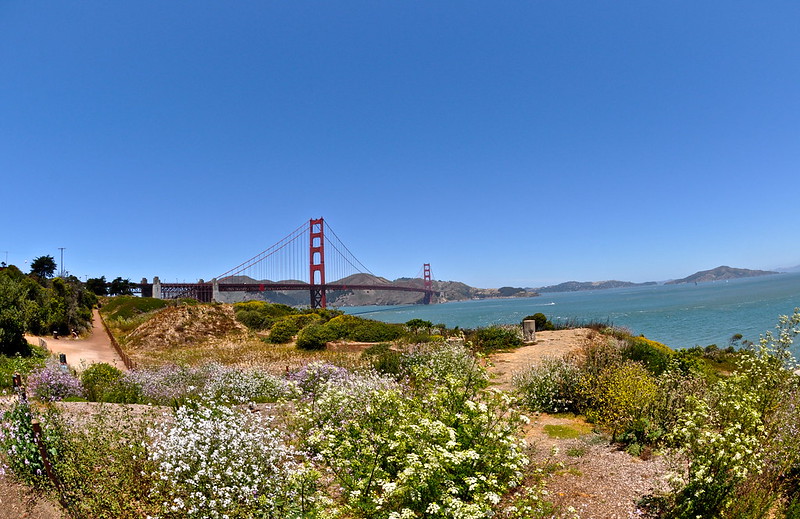 After five hours drive and a stop in a Bass Pro Shop we arrived a few miles before the entrance to the Yosemite National Park. There is a small village with a food store which has everything you need. We booked a a cabin on a camping called "Yosemite Lakes" in the middle of beautiful nature. Along the camping is a small river with rainbow trouts in it where we spent the next hours fishing till the sun set. Because our unlucky fishing we had to grill our meat we brought with us from the shop. It's really impressive to spend a night surrounded with trees and a wonderful sky full with stars. 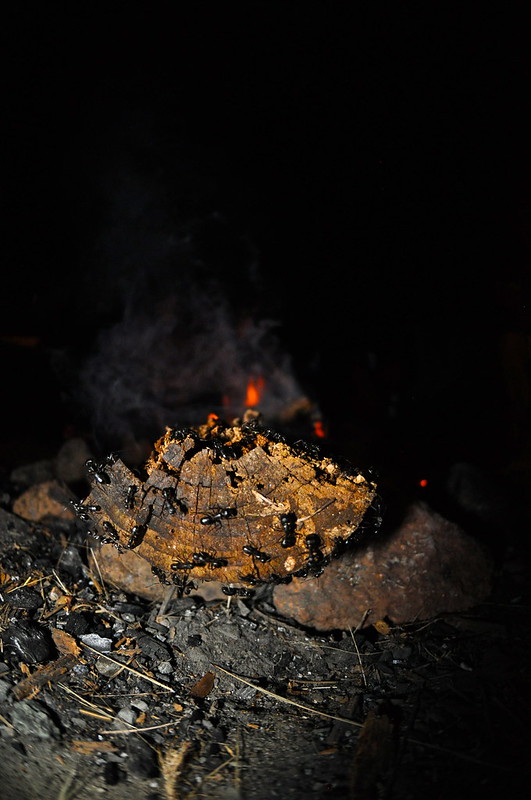 I started the day early in the morning after a cold night on the floor of a cabin in the woods. Before my friends woke up I fished again the small river from the day before. watch what I caught here -> http://projectbassthumb.com/2013/06/19/trouts-from-yosemite/ 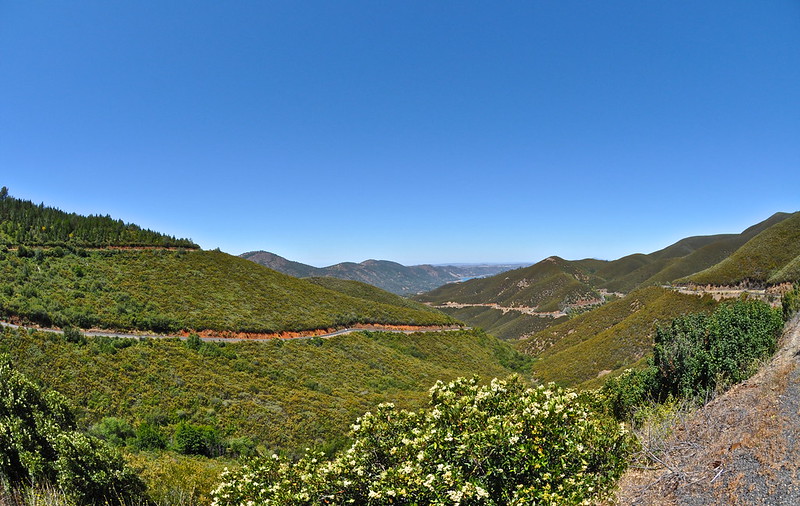 After a nice day in the nature we decided to drive back on the highway nr. 1, direction south. A few unsuccessful motel requests later we finally landed in Big Sur a small "village" in the forest directly on the highway. Because there was really nothing to do we went sleep early for one time.

Driving back to Santa Barbara where we went to the same motel as the saturday when we arrived there first. Meanwhile the prices were risen because the Graduation Weekend. Finally we decided to stay there anyway because all the other hotels/motels were in the same situation. We made a bicycle tour along the beach and went eating later. 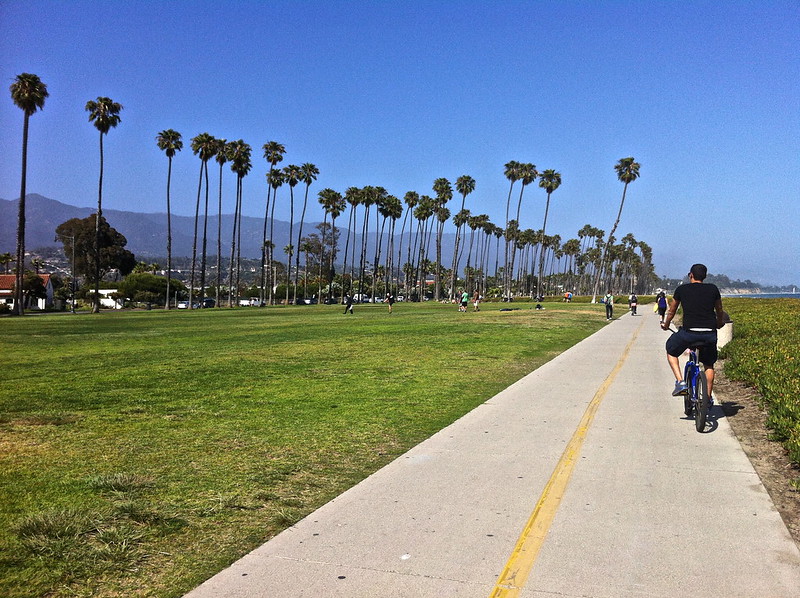 In the morning we met some friends from switzerland who were traveling too. But the rain in Santa Barbara made us leaving and we took the last miles back to San Diego. On the way we visited the nice places along the coast like Malibu and Santa Monica. In the late afternoon we arrived safe and without an accident the whole week on the campus in San Diego! We all were tired but it was a lot of fun this week and I personally learned again some important lessons for life.

thanks for reading! - Peace!