It's been a long time since I wrote the last post here. Not that I wasn't fishing but as the word says, I was fishing and not catching... So in early fall, after a fishless day somewhere in italy, a fishing buddy of mine showed me an offer to fish for Peacock Bass. First of course I was enthusiastic, this sounded way better than any fishery we have here around. Then I started thinking about all the costs and requirements necessary for such a trip. I briefly decided that I can't go and comforted my with the thought that I will catch up on this experience later. On the drive back home I couldn't forget the opportunity I just gave away. So after discussing with my buddy and parents I took the chance, called my friend and booked my first trip to the amazon. With only a few weeks till the departure and a limited budget I started my preparation. 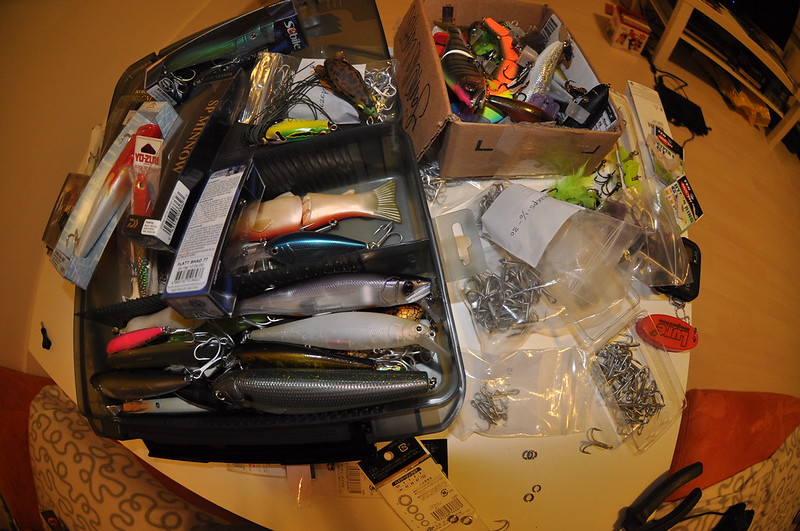 On the end of october my friend Daniel and I finally headed out to the airport in Milan from where we flew via Sao Paolo to Manaus. After some local tackle shopping and a night in the hotel "Tropical" we were brought to a local airport early in the morning. 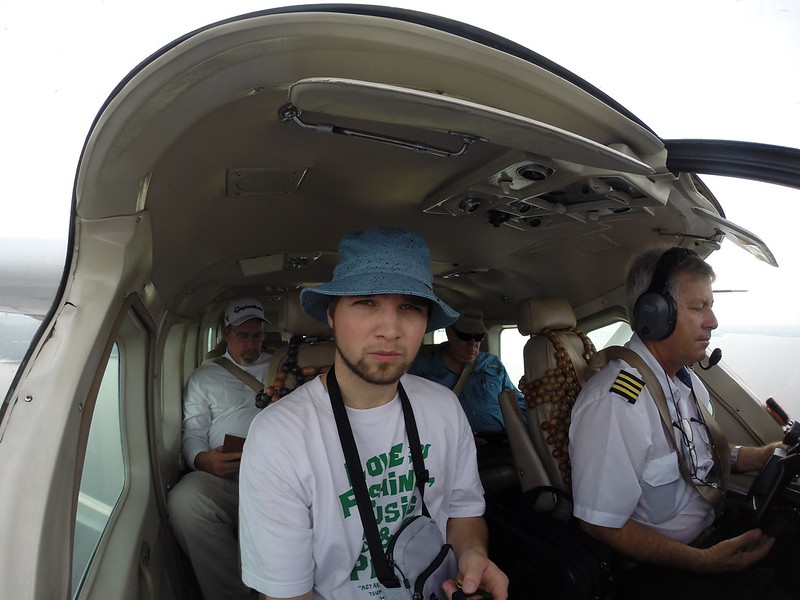 Shortly after leaving Manaus we were flying directly above the rainforest. What I used to watch in the television or books I saw now for the first time for real, what an impressing experience! From there I knew it was worth doing this trip. Even if several sources warned us of the poor conditions, waterlevels were still rising, and the possibility that we won't catch a single fish I knew that we would have a great time. 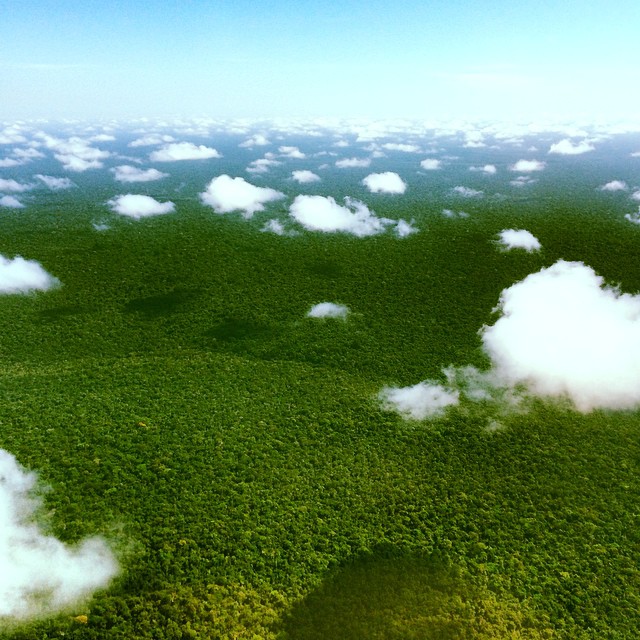 A hard landing later we were already gliding over the water towards our camp where our host and the whole staff warmly welcomed us. 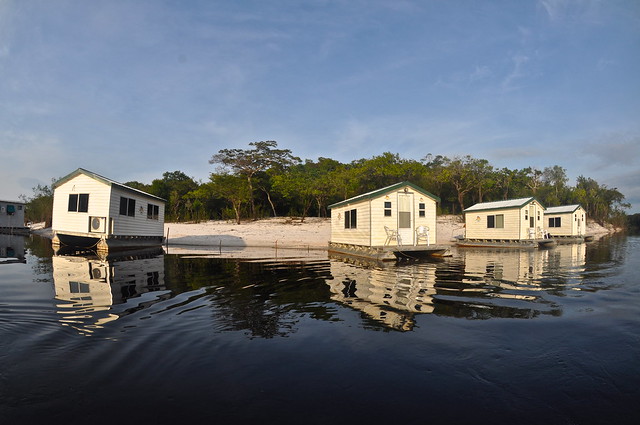 lots of comfort deep in the amazon. Our tackle was prepared in record time but with a little accident. My newly bought YAD Cleveland Jerkrod already broke with the first test cast. Fortunately our camphost lent me without hesitating one of his rods and so our boat was ready to catch some fish. Another quick boat ride and I found myself within the amazing rainforest casting lures. An hour passed without getting one single bait, I couldn't believe that I was fishing the most beautiful spots I've ever seen and no hungry fish seemed to be around. Nevertheless I continued making cast after cast till something hit my jig hard. I set the hook and immediately felt the impressing power of my first peacock bass ever! The fish turned out way smaller than I excepted due the hard fight but I was one lucky man! 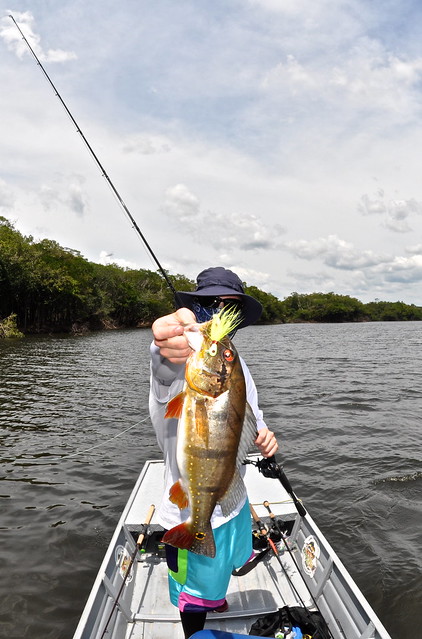 From this moment on I was totally hooked! Since I first saw the movie of Imakatsu boss, Imae, fishing the amazon  I knew I had to experience this too. 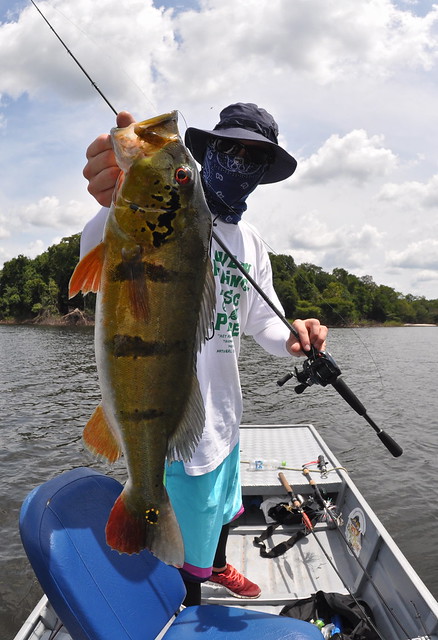 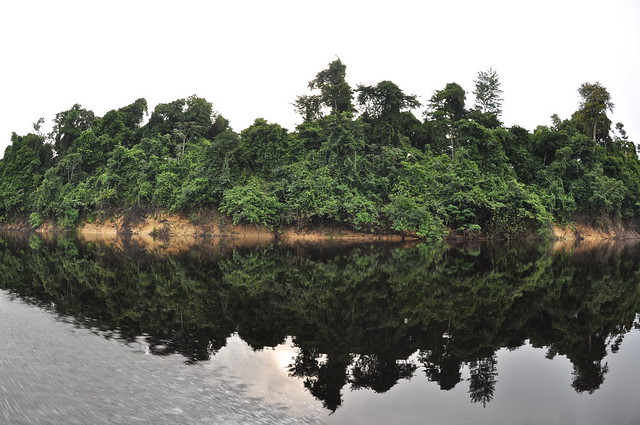 Daniel and me ended up with around 20 fish caught during this hot, first day in this green paradise. Our host looked concerned as we returned with such a result,  blaming the bad water level. For me there was no reason to be sad, used to fishing all day long without catching anything, I explained him that I'm completely happy anyway. 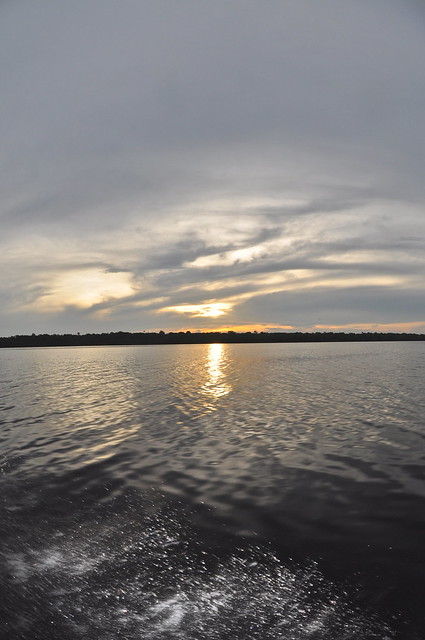 My first dinner in the amazon turned out to be delicious and observing the raising moon before going to bed was better than any TV program. 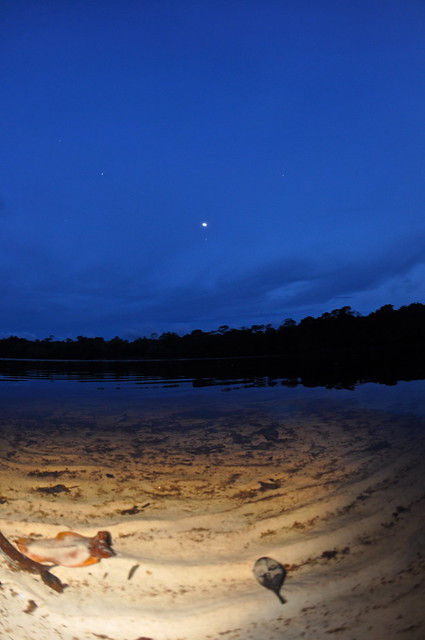 Tired but full of excitement for the coming days I was lying on my bed and a short tackle talk later I was gone into the land of dreams...

to be continued soon!